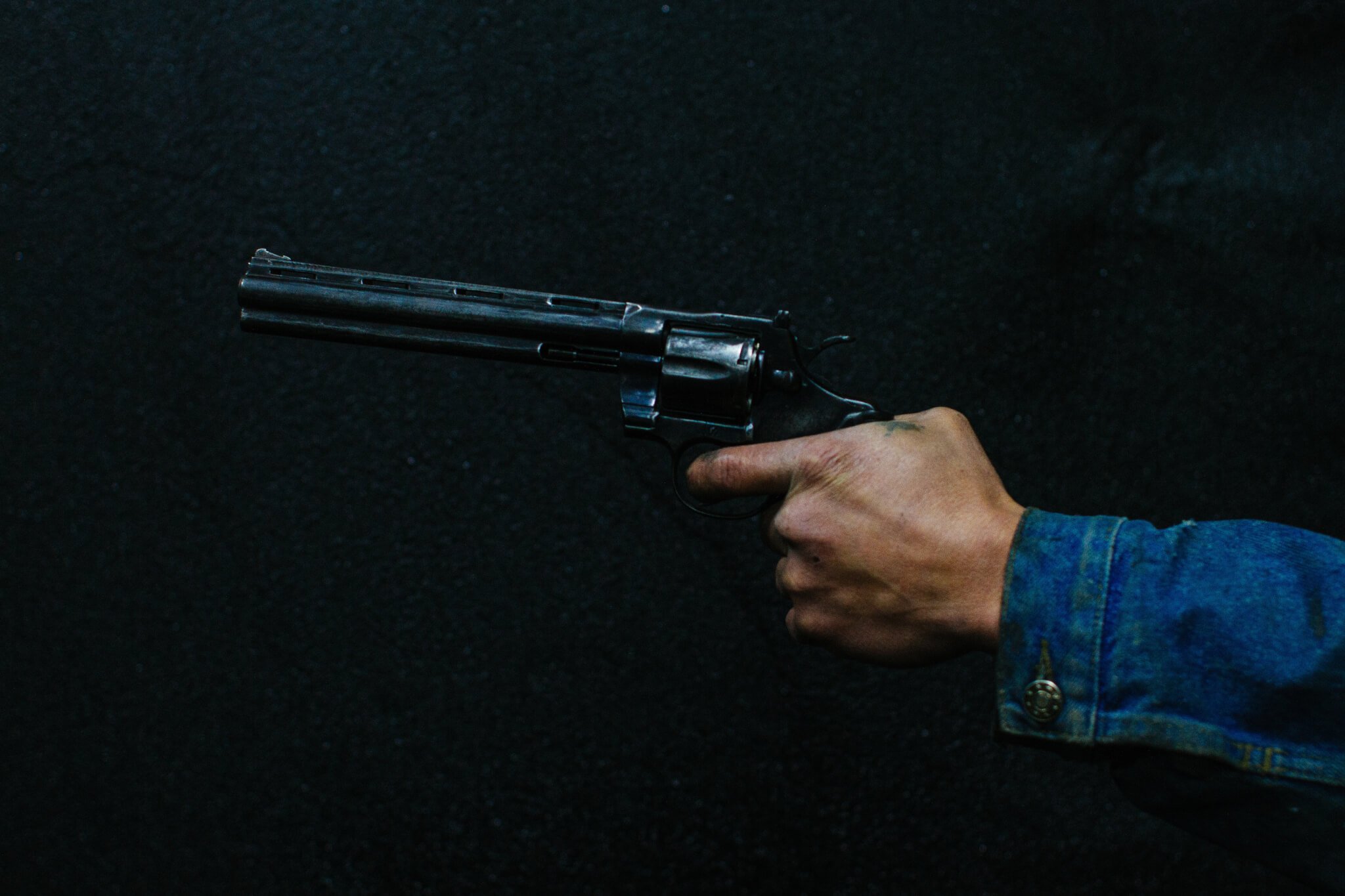 If you love someone should you kill her?

Probably yes, according to one Serbian-language song. Magnifico’s tune “Ubiću Te” is a frenetic ride into romance, and translates as: “I Will Kill You.”

On this blog I’ve long suggested that you should all pour yourself a rakija, eat some cupi, and learn some Serbian. But taking on Serbian in grammar books is hard and can get a bit dreary, so today let’s focus on a song.

We’ve got a love song here, but of the creepy variety, along the lines of the Police’s hit stalker homage, “Every Breath You Take”. And the Serbo-Slovenian musician’s lyrics on “Ubiću Te” are even less likely be confused for something sweet. Likewise, the staccato, spitted delivery and wild horn section also suggest that this is not a cuddly, bubbly love song, but rather a stabby, shooty one.

A Brazilian friend recently asked me what the song was really about, and then whether and to what degree it is ironic. So let’s examine that question, and discover what we can about Serbian language and culture along the way.

The below translations of the lyrics are mine, and rather literal (rather than singable) so as to get the meaning of the original.

Without saying goodbye, you left

You think that you can go on kissing someone else.

The verb ljubiti is the imperfective form of the verb, and its perfective is poljubiti. So ljubiti means that this gal is now kissing with someone on an ongoing basis, which one would suppose is worse. Damn that imperfective grammatical aspect! Damn that ongoing treason of her heart!

From just these opening lines, we can assume a highly strict set of monogamous expectations. And in this singer character’s version of monogamy, not only is kissing someone else “not allowed”; the implication is that kissing anyone else is not allowed ever again on a permanent basis.

One thing that we already know from the Serbian that does not show up in the translation is that the object of the singer’s affection is female, due to the endings on the past tense (otišla, rekla). So, unsurprisingly I suppose, this is not a homosexual Serbian ode.

But you forgot something.

You are completely mine because you said yes to me.

Here I suppose the “forgetting” is more of an ironic menace rather than true forgetting. Just how menacing will be obvious in a moment.

And if necessary, I, I, I will kill you.

I will kill you, darling, because I love you.

Mala and dušo are two terms of affection in Serbian, though employed as affectionately here as a knife to the throat. They are obviously intended to refer to the same single poor woman in this song.

The repetition of the first-person singular pronoun ja (I) should be noted; in Serbian such pronouns are not necessary unless for style, clarity, or emphasis. Here clarity is not an issue; ubiću te already “contains” the first-person pronoun in the verbal conjugation. So is the singer going for style or emphasis, or a bit of both? Certainly, the singer character is self-obsessed; we’ll see more evidence of this later. My opinion is that the overuse of ja throughout is not merely stylistic or for rhythm, but rather to show narcissistic obsession.

The word neka followed by a sentence is a great way in the Serbian language to say what you’d like to allow to happen. So a more peaceful, polyamory-friendly song lyric might thus be as follows.

Ljubim te dušo i neka ljubiš koga voliš. — I kiss you darling and may you kiss whom you like.

But unfortunately consensual nonmonagamy hasn’t become super popular yet in the Balkans. But it is nevertheless, as anywhere, common for people to fall in love with more than one person in their lifetimes, and sometimes more than one person at the same time. The former is quite accepted in Serbia as in the world’s many, many other outwardly serially monogamous cultures, the later is frowned on. But as in all modern cultures, people’s actual sexual behaviors don’t reflect accepted norms.

I’ve asked a few Serbians how to say “polyamoury” in their chic, rakija-soaked tongue, and they didn’t know. But someone has at least created a Wikipedia entry for poliamorija.

Anyhow let’s get back to this tortured world of serial monogamy and violence.

Your lips were kissing mine

but your blue eyes were lying to me.

Again we see that Serbian imperfect aspect in the past tense, in both the verbs ljubile (kissing) and lagale (lying). This means that the singer feels that these actions were, in his mind, ongoing and likely unfinished.

Also note how easy it is to rhyme in Serbian; as with Italian or Spanish, lots of words have quite similar endings, so the lazy songwriter gets lots of freebies handed out like the -le endings above.

English lyricists and poets have it much harder. So don’t let anyone tell you that English is the ideal language for pop music, rock music, or any lyrical music whatsoever. Anglophone artists have the upper hand not because of phonetics but rather due to large potential audiences, support systems, and worldwide marketing machines. In spite of sounding like a garbage disposal, Serbian is structurally a fine language for pop music, and Portuguese is overall the best language for song.

But we’re getting off-subject, and there’s some creepy threats to be made.

Wherever you go, whatever you do

I will find you darling, I am your destiny

Then this part again:

He really likes to repeat the part about wanting the whole the town to know. And he uses the word dušo or “darling” more like a cat shows affection — he’s marking territory.

To paraphrase, what he really means is:

The words “celo selo” also reveal something else; they suggest that the singer’s whole world, the widest world he can imagine, is his little town. The writer of the song, Magnifico, a.k.a. Robert Pešut,  is an internationally travelled pop star, so this suggests that he distances himself with a bit of irony from the singer character of the song, and is perhaps not in favor of the attitude presented here.

Plus, as far as we know, Magnifico is not a murderer.

So we’re all in on the “joke” and laughing at this small-town Serbian murder fantasy, right? But to what degree is it all meant to be listened to with irony and distance?

The song drives hard with a lot of fun, brilliant energy, and makes little effort to provide a fuller critique of the singer’s dimwitted chauvinism and cruelty, say, by at least for a moment showing a bit of the woman’s perspective. In fact, to the contrary, the song celebrates violence and a very stupid version of love. If the song wanted to be A Modest Proposal, that is, satire, it would need to go further to make its point. (And ideally, have at least a hint of something like the penultimate paragraph of Swift’s classic, in which a less-hostile alternative is proposed.)

Is it is, Ubiću Te is tepid; half laughing at this misogyny, half celebrating it.

I am not your friend.

And I am not your brother.

I only wanted love.

And you will never understand

That I can only love or kill.

To paraphrase the singer’s thought process:

Жена ти може бити само љубавница, и то је све.
Women to you can be only lovers, and that’s it.

That is, a woman can serve very little purpose, she cannot be your friend, or your philosophical sparring buddy, or your doctor, or the president; she must be a subservient and permanent lover or else dead.

The song celebrates the male singer, on the other hand, as having only two modes: fucking and stabbing. (At this point we can just assume that he is the stabby kind of killer, don’t you think?)

The chorus then comes back and repeats, followed by an odd English version of it:

I am not your dad

I am not your friend

Woman be your lover maybe

What did the songwriter mean with this sloppy “woman be your lover maybe”? The English makes no sense, especially the weird infinitive form of “be” here. And “maybe” is suddenly wishy-washy for a singer character who is otherwise so resolute.

It’s not surprising; people become shittier, less-precise writers when they’re not writing in their own language (just take my own efforts in Serbian storytelling or Portuguese theorizing over at TipsyPilgrim.

Anyway, if we creatively reverse-engineer the bad English line back into Serbian, we can take a guess as to what the songwriter may have meant.

That is, perhaps he meant to sing that the only role for the woman is lover, not friend or anything else. This would fit with the song’s overall thesis that women do not serve any non-romantic or non-murderous purpose.

The song ends with:

There is no place

where you can hide

Someday you will be my bride

And if I got to kill, kill

If I got to kill you honey

trust on me I will.

He’s just got to close out with one more English mistake, “trust on me”. But prepositions are hard in any language, possibly the ultimate challenge. Take for example my battle with više vs. još in Serbian. That’s an incredibly boring article. It was more fun to write about this song, and learn a few grammar points along the way.

Make Sweet Ljubav in Serbian: Slang for Love Piles, Sex, Consent, and Gossiping About it All