Mexican Spanish is unique, and this is especially true when you’re making love — you’re likely to hear phrases that differ those heard in your love piles in other Spanish-speaking countries.

As in many cultures, sex is considered a bit “naughty” in Mexico, but with consternation and intrigue comes linguistic creativity. There’s a rich range of slang associated with sex acts in Mexican Spanish that you won’t find in the dry, official version of the language.

The RAE, or “official” Spanish dictionary, for example, does not offer the sexualized Mexican definition of cogedera (they use a masculine version, and just call it a handle), but don’t worry, I’ve got that and lots more covered below.

This article was first published on February 21, 2020.

Do you really need to use Mexican phrases when you’re boning? Isn’t the language of love universal? Doesn’t a smoldering look say everything? No, no, it doesn’t, and yes, yes you should learn Mexican sex phrases, because:

Here’s what my extensive research has shown that you need to know when doing hot love jumbles with your most very special Mexicans.

I’ve focused on typically Mexican terms that you might throw you for a loop if you learned Spanish elsewhere. This list is focused on the slang necessary for understanding and participating in lovemaking, but much of it can be used in daily life as well.

Phrases for Expressing Pleasure in a Mexican Orgy/Trio/Duo

When discussing the penis during sex in Mexico, you’re likely to hear lo in phrases like métemelo (put it in me), whereas in Spain the much more frequent form of “it” during banging is la as in métemela. The Mexican Spanish speaker desiring dick is likely thinking of lo as in el pito whereas the Spaniard likely thinks of la as in la polla. But la is also possible in Mexico, referring to la verga:

Get our free app for learning Spanish as it is really spoken…in bed!

All of the following are ways to propose sex, but generally jokingly.

Mexico is a rather religious and conservative country, so as is typical for such lands, there is far more joking about sex than actual fucking. So this list could be (annoyingly) endless. I’ll leave it to just a few choice phrases.

Gossip About Mexican Sex After the Act

Here are a variety of terms in Mexican Spanish that can be useful for describing the people you’re sleeping with, where you met them, and what you’re doing with them.

Note that serial monogamy is the social, outward-facing norm in Mexico. Romance often implies exclusive access to a single partner’s genitals, and such exclusivity implies romance.

There is also of course a lot of cheating. (Motels are quite common and facilitate that, but are also used by established couples as a romantic adventure.) Polyamory is uncommon, and there is some homophobia.

Have I missed a few things? Of course! Feel free to add them in the comments (I’ll update this article when warranted), but note what we’re looking for:

Thanks, and may your Mexican love adventures be wet and dreamy, guey! 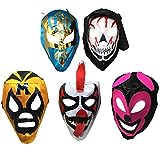 Artwork by the incredible Johanna Thomé de Souza. Thanks also to my Mexican love advisors and terminologists.

The main block to Spanish learning is generally motivation, and we hope that these juicy phrases have given you a good kick in the pants to go further. We’ve written extensively on the science of language learning and what hacks work best. But to put it briefly, if you want to keep improving Spanish, stop screwing around with silly phone apps and take a moment right now to make a real commitment.

Want more? I have a fuller explanation of my path as an adult with a crappy memory to full fluency in lots of languages, as well as my minimalist’s approach to speaking those other languages I don’t speak, without communication, while having shit-tons of fun.

Can you flirt en español?

Want to see our pretty faces and the other little projects we do? Go find out all about us.
Get Flawless Mexican Slang

I learned to sound pretty damn fluent in lots of languages by focusing in particular on slang. Here's what I've found works best.

1. Sign up for a cheap online class. My personal favorite platform for this is Italki, which is super cheap. And there are $1 trial lessons with hip Mexicans.

2. Focus on slang in your class, not grammar. Most teachers are willing but you need to emphasize and insist on this.

Get a Trial Mexican Spanish Class on Italki