Oh the problems with Renfe.com! I’m fluent in Spanish and have used the site for years, but I still get plenty of error messages myself.

We’ve put together some of the major problems and what to do about them in this article, but basically the solutions boil down to one simple thing: buy your tickets elsewhere.

The easiest fix for Renfe’s stupid website is to just not use it. 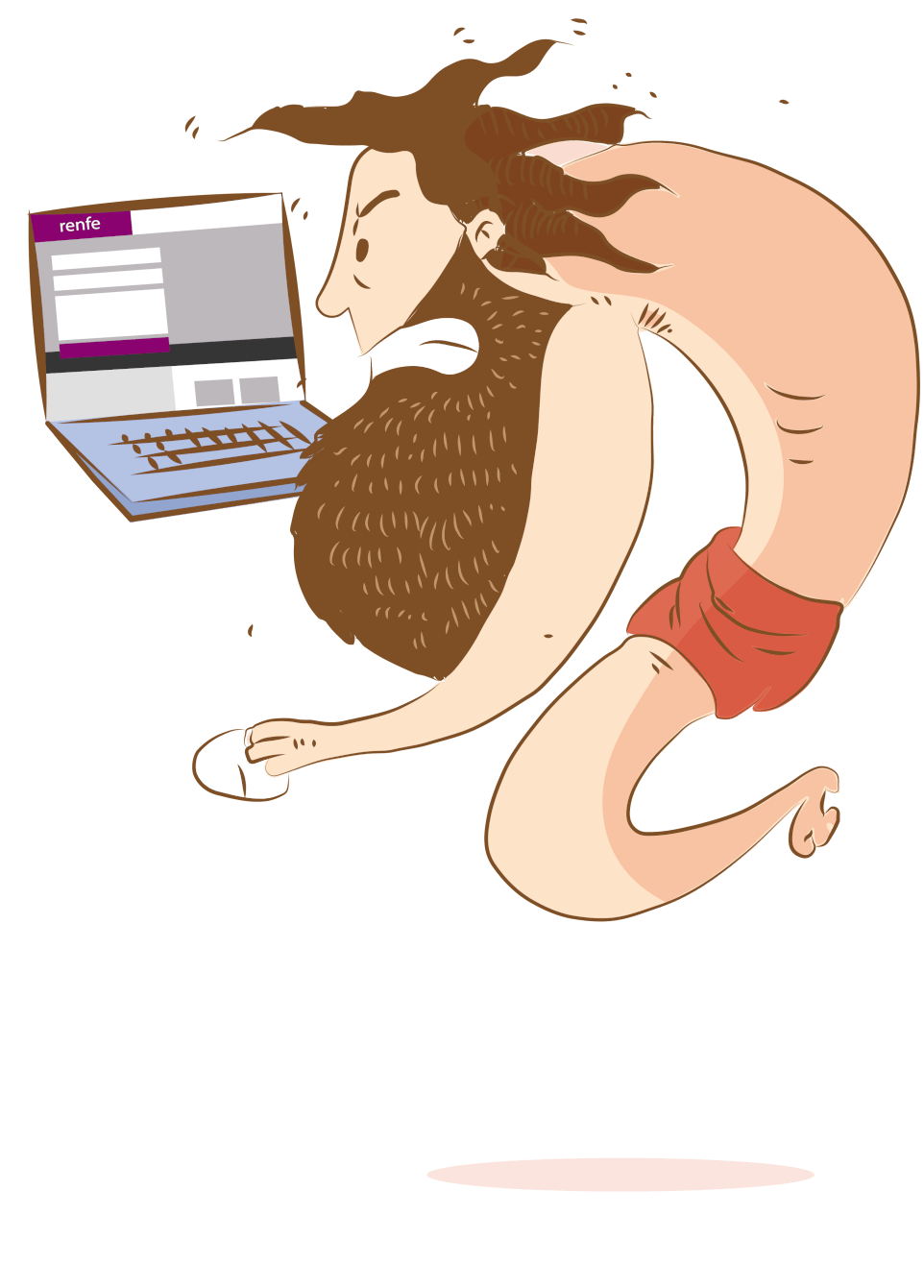 Renfe’s website has so many problems with credit cards that travel forums are chock full of users complaining that their American and other foreign credit cards get rejected rather randomly by the Renfe site. But don’t feel bad, even Spanish users with Spanish bank cards and presumably flawless Spanish often can’t get the “ridiculous” Renfe website to work.

Often the problems are related to poor interaction between the Renfe site and the banking institution that needs to approve the transaction. For Spanish bank cards, this generally means receiving an SMS message or looking up a code on a card full of codes provided by the bank. For other nations’ cards, all sorts of other checks are done.

Generally when the transaction is canceled or fails on Renfe.com, the card is not charged, but if you’re at all in doubt check with your card issuer.

Now that Renfe accepts Paypal, that’s a good choice that’s less likely to foul everything up and force you to start over.

But because of the other problems with Renfe.com, the trickiness of exchanging tickets, and the half-translations, we’d recommend Trainline instead as explained up top. Trainline in particular works in a broad range of world currencies (USA, Canadian, or Australian dollars; euros; most other major European currencies; Argentine pesos; Brazilian reais; Japanese yen; and Chinese yuan) and accepts Visa, Mastercard, Paypal, American Express, and Apple Pay. It’s our overall favorite booking site for European train travel for its smarter routing too.

Even Renfe.com’s English version is half in Spanish!

Yes, we know. At our last check, most of the deep pages in the Renfe website and even the homepage itself were half in Spanish on the “English” version of the site.

And where there is English, the translation is so poor as to sometimes inhibit understanding.

Also in our experience, the site’s error messages are almost always in Spanish. For example upon clicking on one ticket that was offered, we got the error: “El tren consultado no se encuentra disponible para la venta en estos momentos” (The train you requested is not available for sale at this time). Fine print for ticket conditions is also in Spanish.

Trainline has flawless English, and is available in 15 other languages as well. Linguistically, Renfe’s site’s only forte is in offering a smattering of Spain’s other languages, like Euskadi or Valencian. Though again, badly translated according to my friends who speak those languages, and still half in Castilian Spanish.

A bit more about the alternative to Renfe.com

With Trainline you print your tickets at home, show them on your mobile device, or else print them in the train station itself at the Renfe ticket machines using your booking reference. There’s nothing you have to receive by mail, unlike some other booking options.

In our tests, Trainline has smarter routing software, so if you’re changing trains and particularly if you’re crossing a border, you’re more likely to find a convenient and less costly route with Trainline than with Renfe or the other private portals we’ve tried.

We’re not so jazzed that Trainline now charges a fee of about 3%, and does so at the end of the booking process. But it’s overall worth it for just buying tickets without so much hassle, and for much better customer service than Renfe if things go wrong or we make a return.

The Best & Cheapest Ways to Travel Between Paris and Barcelona: Train, Bus, and — If You Must — Plane

All About How Wi-Fi Works on Renfe AVE Trains

The Experience Onboard Renfe AVE Trains