I’ve long used buses as a cheap way to get to interesting corners of the European continent.

I’ve taken buses to travel more cheaply at the last minute when my favorite train booking platform was no longer able to find a good fare, such as from Barcelona to Paris.

And I’ve used buses to get to and from places that are not as well connected by trains, such as between Lisbon and Seville.

European buses are quite safe, generally the most affordable option, have generous baggage allowances, and are lower carbon than flying. And in parts of Eastern Europe, buses can be more reliable and faster than some of the very dated train systems.

In this article we’ll give a full guide to how to search for the cheapest trips, what various European bus companies are like, what to expect from bus travel, and how to pack.

How to Book European Bus Trips

There are hundreds of European bus companies. But fortunately we can find the best fares across a vast range of them.
Check Bus Prices on Trainline
Contents

What to Expect from European Buses

Bus travel is not generally as comfortable as trains, where you have the freedom to walk around and often have better views. We prefer European train travel where possible, and it’s worth noting that there are sometimes ways to get discounts in France and other European countries, including in some cases for seniors and children. That said, in most cases buses do work out cheaper, and sometimes also cover areas of Europe that are not possible or convenient to get to by train.

When we do opt for buses, we need to keep the following in mind:

To deal with those last two points, we highly recommend carrying an external battery, a plug adapter, and having pan-European phone internet access as part of the bus travel gear described further below.

The Top Bus Companies in Europe: A Side-by-Side Comparison

There are far too many bus companies to keep track of in Europe; we outline some of the key and most useful players below and what you need to know about them.

We’ve found over the years that planning for bus travel with a few small, key bits of gear can greatly improve the experience.

First of all, check with your phone operator that you have internet service in the countries you are travelling to and through. Ensure that this option is turned on if need be. This is about more than the convenience of amusing yourself with games or posting your adventures during your trip; internet service can be a lifesaver in helping you orient yourself when you descend in a bus station on the outskirts of a city or need to message a host that you will be delayed.

If you have a European carrier, check that your service will continue to function in the destination country. For Americans, Google Fi is by far my favorite option for arriving in any country and remaining connected for a reasonable price. If you stay for longer than a week in a particular country, purchase a cheap phone SIM card for local rates. 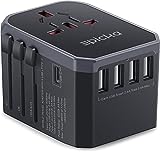 Epicka Plug Adapter
Transform those two round European plugs on buses into standard plugs for pretty much any device plus multiple USB and USB-C sockets with fast charging; great for sharing with a seat buddy as well as for travel anywhere in Europe
Check on Amazon

An excellent but slightly more expensive option that I am currently using in my European travel is the Unidapt 61W Travel Adapter; it has the same features but an extra USB-C out at a high enough power to quickly charge my USB-C laptop without the need for the laptop’s own power brick.

Anker PowerCore 10000 Ultra-Compact Battery Pack
Bus trips are long and you can’t count on the in-seat power working, even when explicitly offered. A battery pack like this one can completely recharge your phone several times over as well as headphones and other devices. Anker batteries are widely recommended by tech reviewers; I have had an Anker battery for a number of years and it still holds its charge.
Check on Amazon

Hooded Sweatshirt
Whatever the weather outside, be prepared for poor heating or overpowered air conditioning inside the bus with an item of clothing that you can remove and scrunch away in your carry-on if not needed.
Check on Amazon 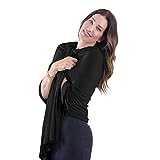 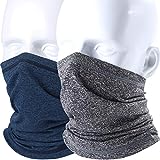 Neck Gaiter / Buff
A lovely, multipurpose, all-genders bit of travel clothing for covering the head or neck that also works great as an eye mask. This is my absolute favorite recent discovery in travel gear.
Check on Amazon 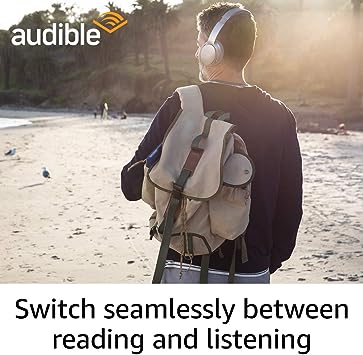 A Kindle for Reading/Language Learning
The latest Kindles not only give you instant access to the world’s books during your trip, they allow you to quickly look up words and translate phrases if you’re attempting to read in the languages of the locales you are visiting.
Check on Amazon

I have written a lot more on why and how to use Kindles for language learning, as well as suggestions for learning just enough quick phrases to properly party in a new country on arrival and for more complete, in-depth language learning.

A Small Toiletry Bag with a Hook: The Osprey UltraLight Zip Organizer
Quick access to a small variety of items like a toothbrush that you’ll want to keep in your carry-on; most essentially, this toiletry bag has a hook. You don’t want to set your bag down on counters in bus stop restrooms.
Check on Amazon

I have written more about both large and small toiletry bags that we have tested and recommend. 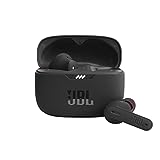 Noise-Cancelling Ear Buds from JBL
Truly wireless ear buds keep you from getting tangled in cables on your long bus ride and the noise cancellation can be useful whether or not you’re actually listening to podcasts or music.
Check on Amazon

A few key things to keep in mind when taking buses in Europe:

Search for any particular European bus company on Reddit, Trip Advisor, Lonely Planet, Rick Steves, other travel forums, and Trust Pilot, and you will find horror stories of buses that were canceled, broke down, or delayed. These are undoubtedly true.

There are two things to keep in mind:

None of this is to excuse European bus companies and their behaviors towards customers. I worry that recent consolidations could make these companies even more immune to customer complaints as options are reduced.

But overall, European buses do tend to stay more or less on schedule and get to where they’re going. And travel brings us so much that the inevitable trials and risks are worth it.

European Bus Travel in a Nutshell

Senior Savings on European Train Travel: The Ultimate Guide to the Discounts